For the 280Z, engine size was again increased, this time to 2.8 L, by enlarging the bore of the L26 engine to create the L28, and a reliable Bosch L-Jetronic fuel injection system was added.

In 1977–78 an optional 5-speed manual transmission was available alongside the 4-speed manual, and the 3-speed automatic options, which included a “5-speed” emblem on the left bottom edge of the rear hatch. 1977 also saw an update from the charcoal painted hubcap style (with a chrome Z floating in the amber center emblems) to a hubcap that resembled an alloy wheel, bearing a center cap with a chrome Z floating in a black circle. 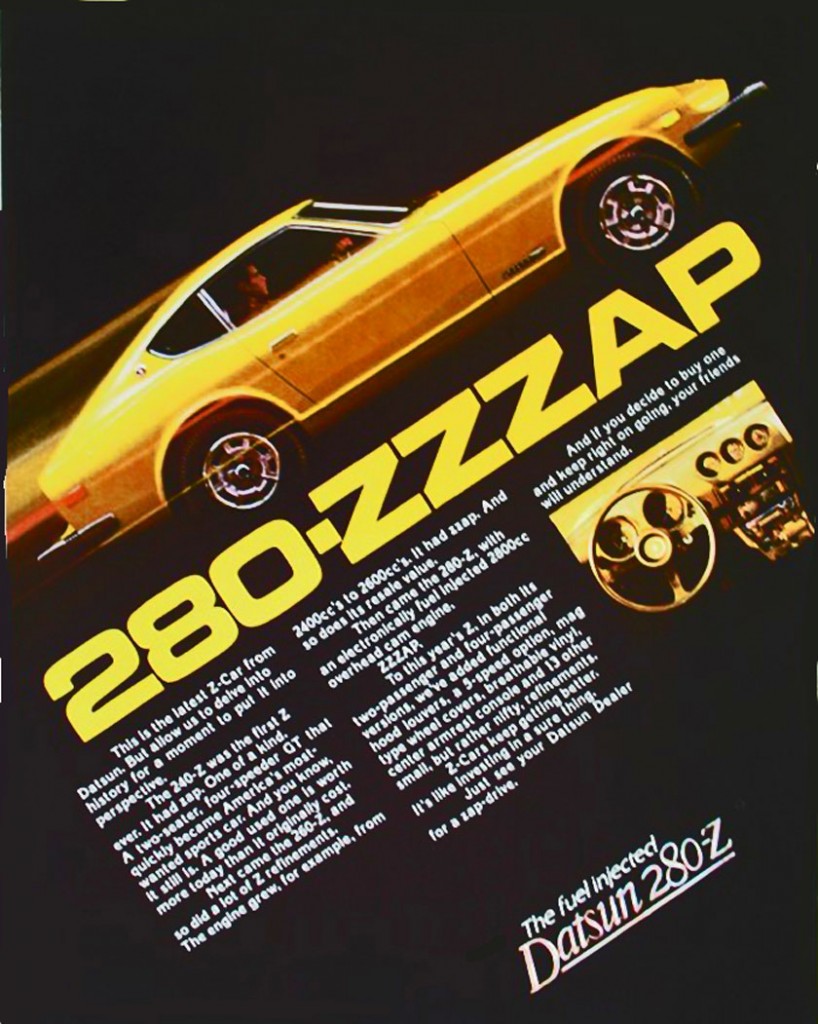 In 1977 and 1978 respectively, Datsun offered two special edition models. The “Zap” edition was offered in 1977 as a “Special Decor Package”. Zap cars were finished in Sunshine Yellow paint, and sported black stripes down the center and sides, with yellow, red, and orange chevrons at the front ends of the stripes. An estimated 1,000 “Zap Z” cars were offered in 1977. The “Zap Z” model was also used as the pace car in the 1977 Long Beach Gran Prix. The Black Pearl edition (produced in 1978) came with Black Pearlescent paint and a “Special Appearance Package” (SAP), which consisted of dual racing mirrors, rear window louvers, and a unique red and silver stripe. It is estimated that between 750-1,500 of these cars were produced